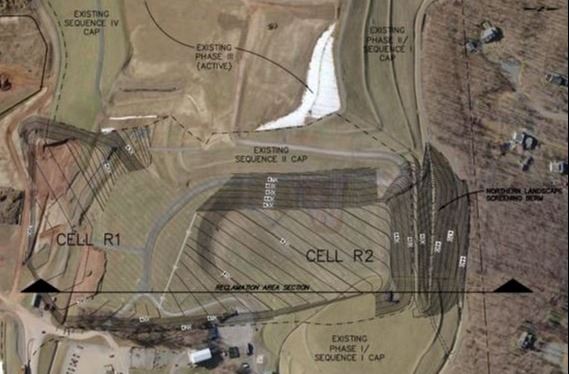 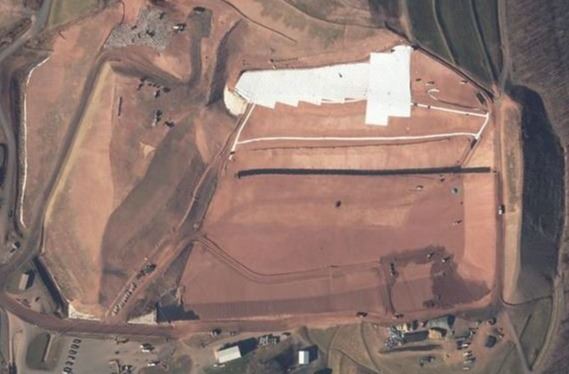 Following promulgation of waste management regulations in April 1971, Loudoun County applied for and received Permit Number 1 in May of that year. This was the first permitted landfill in the Commonwealth. Loudoun County began operating the landfill as a trench landfill which was the standard method of waste disposal at that time. Waste was buried within soil trenches without engineering design, liner system or wastewater (leachate) collection. This was also the norm and accepted practice at that time. This first cell was named the "Old Fill." The Old Fill grew to more than 1.3 million cubic yards of material covering nearly 30 acres until 1983. Following increased regulation, the future cells after 1983 included varying types of engineered liners and leachate collection systems. Groundwater monitoring wells were installed in the late 1980s. Although the Old Fill was capped with a 2-foot thick soil cap in 1983, according to then current regulations at groundwater contamination was detected in the area underneath and near the Old Fill in the 1990s.

Since 1983, the county has altered the topography of the Old Fill by adding large quantities of compacted cover soil to improve stormwater run-off and reduce the amount of water infiltrating into the ground over the unlined waste. In addition, the county added landfill gas extraction wells and leachate extraction  wells in 1997 to improve the environmental condition of the Old Fill and to reduce contamination. The county then monitored the groundwater quarterly, expecting improvement and a reduction in the detections by "natural attenuation," which is a common method of groundwater remediation approved by the Virginia Department of Environmental Quality (DEQ). While the detections declined soon after implementing the monitored natural attenuation, they ceased to decline in the 2010s and remained above the regulatory threshold for several contaminants. Given that contamination wasn’t diminishing and the regulatory trend is likely to continue becoming more stringent, the Old Fill posed a significant remediation liability for the county in the future.

The county decided the best approach would be to voluntarily remove the pollution source entirely, placing it in a modern, contained cell with engineered design including a stormwater management system, a liner system, and leachate and landfill gas collection systems.  The County would then install a modern liner and leachate collection system in the area of the Old Fill and reclaim the area as new disposal Cells R1 and R2.  This reclamation project would provide the County with additional safe and efficient disposal capacity without increasing the footprint of the landfill.

This project is the remediation and reclamation of the existing unlined portion of the county landfill. This environmental reclamation project consists of first removing cover soil, then "mining" a mixture of soil and decayed solid waste, then screening materials such as large metals, tires, soil and fines to be recycled and re-used, then finally, relocating the waste to a lined disposal cell on-site. The reclaimed site will be lined per current regulatory standards into two distinct waste disposal cells, R1 and R2. Lining accomplishes two objectives: creating a barrier between future waste and the groundwater below; and creating usable landfill space for new disposal operations. The project also increases the site buffering of the Old Fill area from 50-feet to over 300-feet by constructing a heavily vegetated berm between the Cell R2 and the neighboring properties, north of the landfill.

The Virginia Department of Environmental Quality (DEQ) permitted the reclamation project on March 20, 2015. The permitting process was both lengthy and detailed. It included three public notifications and public comment periods and a three-month pilot project to test and confirm the design assumptions. The permitting process began informally with discussions between the county and DEQ in late 2010 and officially in February of 2014 with a Notice of Intent letter followed by a “Part B" application for a Major Permit Modification to the existing Permit Number 1.

The county landfill reclamation project was funded in FY 2013. The project is entirely debt financed; with the debt service paid from landfill revenues. No local tax funding for the project is required.

Anticipated benefits of this project are to:

The Reclamation Project is complete.  A final report regarding the project is available upon request. Email the Loudoun County Waste Management Division for more information.

The Reclamation Contractor, Atlantic Construction and Materials, Inc. (ACM) completed excavation, screening, relocation, and cover of the entire Old Fill between April 2015 and December 2020.  During execution of the contract, ACM encountered areas where the waste was deeper than originally known or extended beyond the limits of the Old Fill.   Over the duration of the project, ACM excavated a total of 1,425,000 cubic yards of landfill material.

In addition to the reclamation excavation activities, ACM excavated borrow material from other parts of the property and used it to construct the Northern Screening Berm.  Approximately 269,000 cubic yards of soil fill was placed during 2019 and 2021 to achieve the final slopes of the berm. Also, approximately, 1,000 hardwood bare root trees and evergreen screening trees were planted on the outer slopes of the berm to provide a significant aesthetic barrier and buffer between the landfill and neighboring properties. 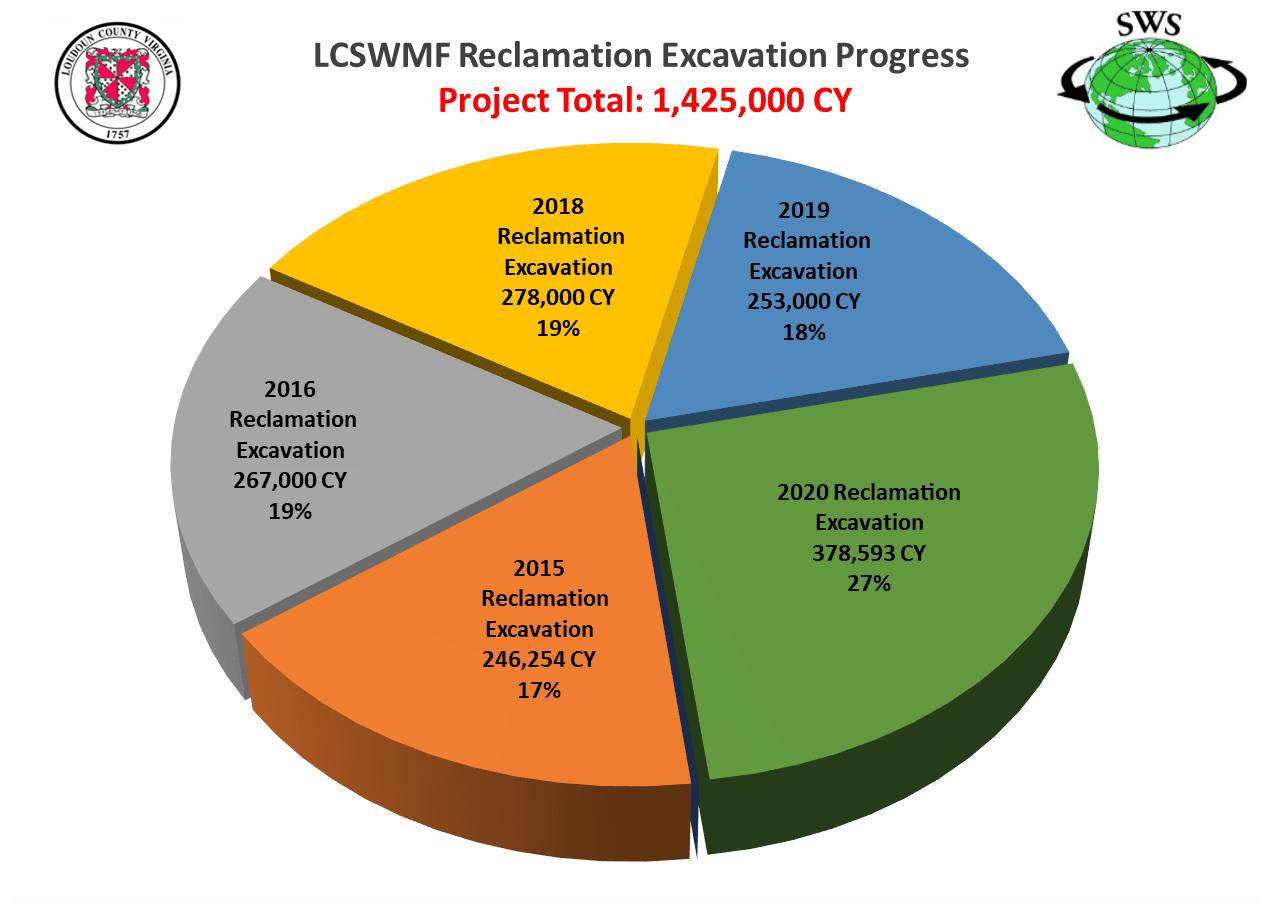